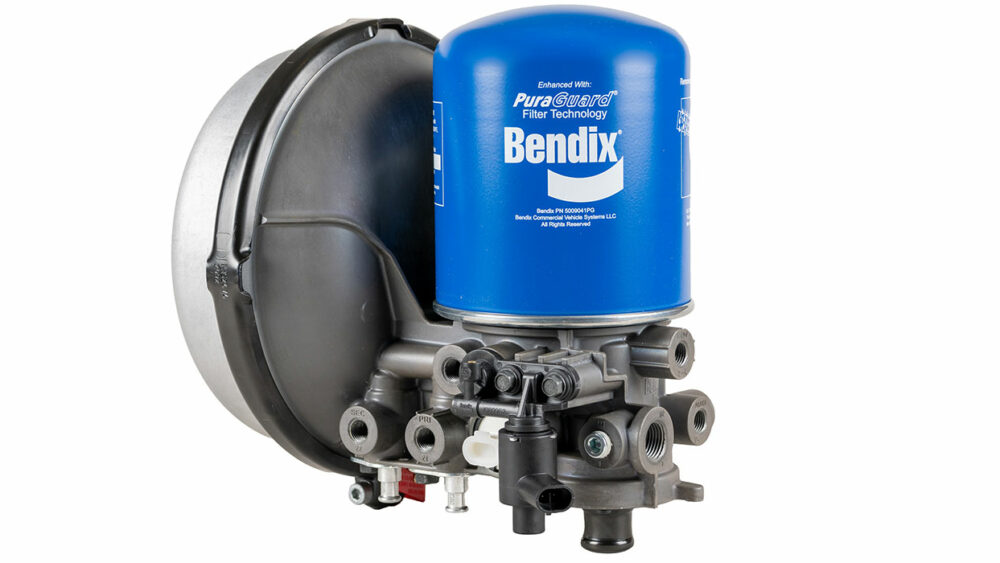 Bendix has announced a new AD-HFi air dryer, which the company claims has the same design as the previous AD-HF dryer but incorporates a solenoid operated valve that replaces the traditional mechanical regulator.

â€œAn electronically controlled regulator means that we can precisely regulate the dryer charge and regeneration cycles using Bendix’s Electronic Air Control (EAC) software,â€ explains Rich Nagel, Bendix Director of Marketing and Customer Solutions, Air Supply and Drivetrain. â€œThis feature allows the dryer to operate under different parameters under different conditions, increasing its dry air handling ability and saving energy. The same software also offers diagnostics to help fleets and owners get the most out of their dryers and cartridges. “

The solenoid valve on the Bendix AD-HFi air dryer is controlled by the EAC software and monitors a range of data transmitted over a truck’s J1939 network, including speed, engine torque and RPM.

“The EAC software allows the AD-HFi unit to change its charge cycle based on the requirements of the air system and the motor,” said Nagel. â€œIf the software determines that the air system needs additional drying capacity – say you are pulling multiple trailers or have additional axles, for example – it can command additional short flushing cycles. This technology, for which a patent is pending, is called Interrupted Charge Regeneration (ICR). This improved flushing ability offers significantly more dry air for vehicles that need it. “

Efficiency and energy savings are also built into the EAC software in the form of overrun and overtake functions, Bendix noted. When a compressor builds up pressure, it uses approximately 8 to 10 horsepower from the engine. The EAC software uses the vehicle’s operational information to determine optimal compressor run times, says Bendix.

The EAC software provides air dryer-related status messages over the J1939 network with the ability to monitor excessive air demand, which may indicate system leaks or other problems. It also monitors regeneration cycles and the amount of air processed over the life of a dryer cartridge. Using this information, along with other data from the compressor, the EAC can signal when the cartridge needs to be replaced.

A message indicating the remaining life of the dryer cartridge can be reset after replacement using the Bendix ACom Pro diagnostic software.

The AD-HFi can be ordered from several large North American commercial vehicle manufacturers.