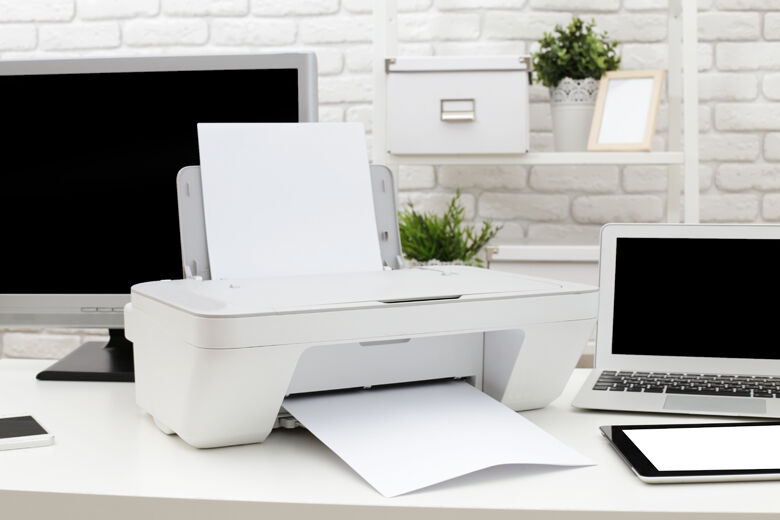 Which makes more sense to buy – inkjet or laser printer? Ken Colburn describes the capabilities of both in the latest issue of Data Doctors.

Q: I need to replace my old inkjet printer and can’t figure out whether a laser or inkjet printer makes more sense for me. I don’t really print much, so the cheaper the better.

A: As with most technology decisions, your personal needs will determine what is the best choice, and with printers there is the added factor of the long-term cost of ink or toner.

In general, the cheapest electronic device in a given category tends not to be the best overall value as it is made with cheaper parts and less refinement to keep the price down.

When choosing the right printer, it helps to know what you are most likely to print on a regular basis.

If you’ll be using the printer primarily to create text-based documents, a laser printer that uses only black toner can save you money up front and in the long run because you only have to replace one cartridge at a time.

Not only does text on a laser printer tend to be sharper than on an inkjet printer, but the cost per page can be drastically lower.

When you want to print many high-resolution images, the color mixing technology in an inkjet printer allows for greater precision, resulting in better printed images. Laser printers, in most cases, use halftone dots to represent different colors. So if accurate color is important, stick with an inkjet printer.

Cartridge vs. tank vs. toner

This calculation is often referred to as TCO (Total Cost of Ownership) and is an important consideration in your decision.

Traditional cartridge-based inkjet printers use small cartridges, which can make the ink one of the most expensive liquids in the world, but the printer’s initial cost is typically much lower.

The newer tank-based inkjet printers have large ink reservoirs that can be refilled with much cheaper (per ounce) bottled ink. The initial cost of these printers is usually much higher as they don’t generate as much “back-end” profit for the manufacturers.

Expect to pay 50-150% more for a comparable tank-based printer, which also impacts the total cost of ownership for those who don’t print often.

Both monochrome and color laser printers use toner cartridges, which helps lower the cost per page, and they tend to print pages faster.

Another benefit of laser printers for those who print infrequently is that toner is a dry powder, so you don’t have to worry about the ink drying out or the nozzles getting clogged from lack of use.

Laser printers typically have a larger footprint and can also be much taller. So if you’re short on space to work, chances are you have more options to choose from with inkjet printers.

© 2022 WTOP. All rights reserved. This website is not intended for users within the European Economic Area.