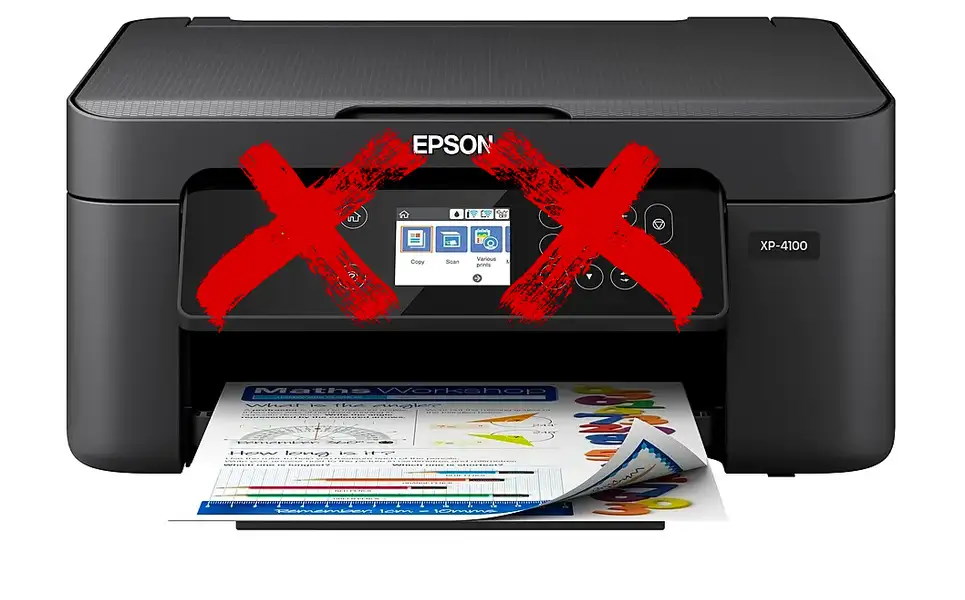 Appearing as déjà vu for printer users used to cartridges “failing” after a certain number of pages, manufacturer Epson has also been accused of sabotaging printers by programming a wear interval, after which the device simply stops working .

In particular, Epson is said to have introduced an automatic “wear-out” feature at the firmware level, which, once achieved, will manifest itself by causing an artificial failure with or without a physical cause. Therefore, the manufacturer would have introduced a mechanism that would ensure the inevitable “death” of this printer when used, even if cheap printers supplied by Epson somehow manage to overcome common problems such as clogging of the cartridge or damage to the paper feed mechanism too much and However, it does not degrade from “natural” causes.

The strategy of selling cheap printers and expensive consumables led to a burgeoning market for “compatible” cartridges, with Epson and other printer manufacturers locked in a constant race to secure profits, vacillating between sabotaging replacement cartridges and sabotaging the printers who use them. Epson and other printer manufacturers, anticipating the consumer’s “flight” into the cheap consumables market, have equipped the devices they sell with a verification feature to verify the origin of the installed cartridges, but have not enabled it upfront, giving buyers this Making an impression You can make a great purchase by choosing a printer that allows cartridges to be refilled or replaced with inexpensive compatible products. The “mud” only comes to light when, after a significant number of devices have already been sold to buyers, motivated by the promise of the lowest possible operating costs, the manufacturer “repairs” them with an urgent firmware update that blocks the use of third-party supplies. And while that strategy doesn’t work either, as some users find ways to continue installing non-genuine supplies, the last resort is a programmed printer failure, even at the risk of costly class-action lawsuits in US courts.

A small number of disgruntled consumers will join these class action lawsuits demanding damages. But overall, the device manufacturer can benefit much more from the chaotic use of DRM systems, blocking of shipments and firmware sabotage of devices that users have paid in full for.

In this case, the error message relates to sponge pads used to catch excess ink. These are activated every time the printer is switched on and are used to clean the cartridges. Given a known size of the sponges and the average amount of ink absorbed, the “wear and tear” of the printer can be determined by the number of consecutive starts, regardless of the number of pages printed per use. According to Epson, damaging the cartridge cleaning pads (from physical wear or ink saturation) can result in damage to the printer itself. After a certain period of time, the device stops operating preventively. However, the cause is not immediately apparent to users, and the costly visit to an Epson authorized service center is tantamount to forcibly removing out-of-warranty devices anyway.

The list of Epson printers prone to scheduled outages due to cartridge cleaning sponge saturation includes several relatively new generation inexpensive models, such as the Epson L130, L220, L310, L360 and L365, but could include many others that include at least five years old are old. The list includes the Epson EcoTank series, which sells in large numbers because of the promise of cheap refills and long device life.

There are already YouTube videos showing Epson users manually swapping out these ink pads to bring their printers back to life. To ward off possible legal action, the company also offers an ink pad reset utility, which is only available for the Windows platform and can extend the life of the printer for a short period of time. Without sacrificing pre-programmed “death”, Epson intended this utility to be used once, after which the printer would need to be repaired at an authorized service center or replaced entirely.

Best options for office and home use

It’s not too late for good handwriting

How using clone cartridges is negatively impacting your printer fleet

Delta 8 disposable vape pens: what they are and why you need to try them