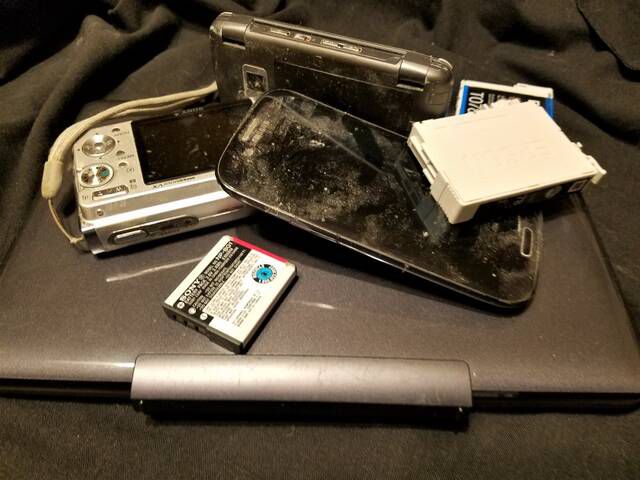 Our Opinion: It is high time you started looking at e-waste

Here is some data that most people probably don’t or want to think about regarding â€œe-waste,â€ the wide range of electronic things we buy and throw away every year by the ton. It comes from theworldcounts.com:

â€œE-waste is the fastest growing waste problem in the world. We produce around 50 million tons of this every year. This is equivalent to throwing away 1,000 laptops per second. â€(Emphasis added).

It’s a little numbing, and frankly, it can be a little hard to believe. Who counts How do you do that? The truth is that e-waste numbers are plentiful. The other truth is that they all sound bad. Another website, thebalancesmb.com, gives the same estimate of 50 million tons and adds some more specific numbers that make it sound about right:

â€¢ Americans spent $ 71 billion on telephone and communications equipment in 2019, almost five times what it did in 2010, even adjusted for inflation.

But you don’t need esoteric statistics. How many TVs are there in your house? How many laptops? How many cell phones? How many devices have digital components (slow cookers, ovens, microwaves, radios, printers, music players, toys, DVD players, DVRs, washers and dryers, dishwashers, remote controls … the list is long). And how many TV screens, computers and smartphones have you bought in your life? How many ink cartridges? Cameras?

In fact, in some cases, the industry clearly seems geared towards getting you to buy more things more often. Smartphones are a great example where companies routinely have deals to entice you to upgrade every year or two, or even to sign up for automatic upgrades to the latest model.

Classic cars can complain that we’ve become a throwaway society, that when you were young you bought something that, with a little maintenance and the occasional service, would work for decades. That is partly correct and mostly irrelevant. We live in a world where waste in general, and e-waste in particular, is a real problem that is only getting worse. Durability would be one answer. Recycling is another.

Estimates of how much e-waste is actually recycled vary between 12% and 20%, and that’s just a choice between the lesser of two evils. A lot of this stuff is dumped in landfills, where all kinds of toxins used in its manufacture can eventually end up in the environment.

Fortunately, both manufacturers and suppliers of these devices seem to be getting the message that recycling electronics is not only important, but can also make good business sense. Hence, it becomes easier to find companies to take care of whatever you replace. But much more is not recycled than recycled.

For this reason, it’s good news that Wilkes-Barre is hosting an e-recycling drop-0-off on October 25th and 28th. It’s only for city residents and there are restrictions, as writer Jerry Lynott explained in a Friday story. We urge city dwellers to check out the details, either in our story on timesleader.com or on the city’s website. wilkes-barre.city/recycling.

It is a contactless drive-through event at the City Administration for Public Works, Conyngham Ave. 3, from 2:30 p.m. to 5:30 p.m. and from 9:00 a.m. to 12:00 p.m. on October 28th. You will need to provide proof of residence such as a driver’s license. Many items are accepted for free, and some require a fee.

We have to turn e-waste into e-waste or we will drown in yesterday’s gadgets. Search your house, gather around a crowd, and take some time to do the right thing.