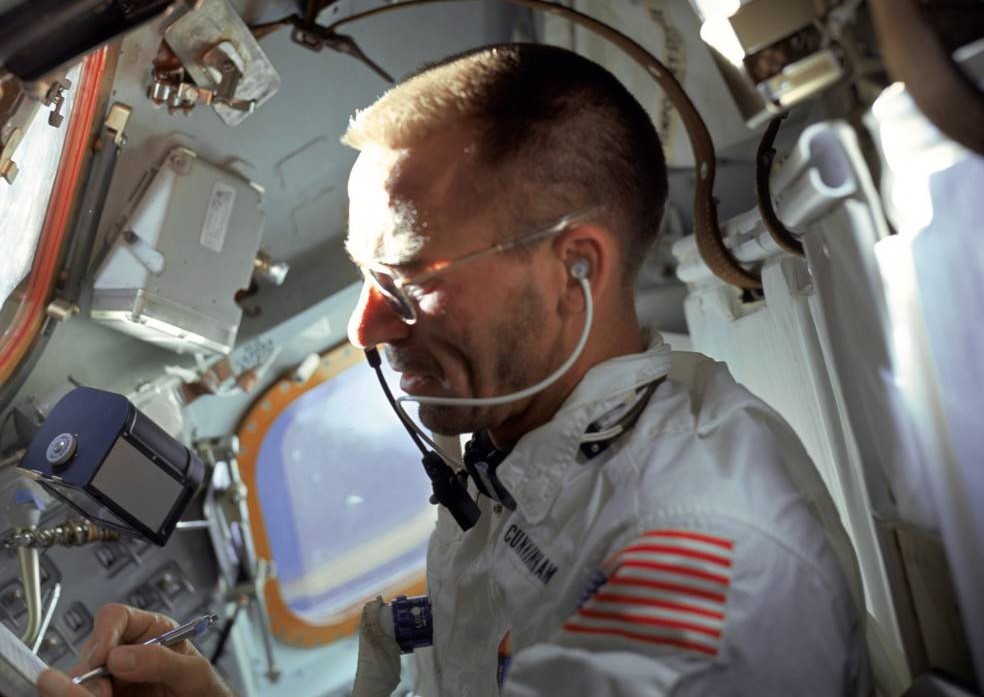 Pen or pencil? How astronauts write in space

How do astronauts write on board the space station? Are they pencils or ballpoint pens or do they have special pens to write notes in the microgravity of space. NASA recently revealed the detailed information that breaks all myth and speculation about how astronauts write in space, including speculation that NASA spent millions creating a pen that could write in weightlessness while cosmonauts simply used a pencil.

No, astronauts DO NOT use pencils because the pencil lead could easily break off and float away, damage astronauts such as eyes, nose or ears and even endanger sensitive electronics on the space probe / ISS.

Is there a pen made especially for space?

Yes, and it’s called “Space Pen” by the Fisher Pen Company. The pens were introduced into space service on the Apollo7 mission and have been used regularly by NASA since then.

The AG7 is the original Fisher Space Pen which was used in 1968 after two years of testing by NASA in the Apollo 7 space mission.

The Fisher Space Pen is designed for use in gravity-free environments. The nitrogen-filled cartridge seals off air and prevents evaporation and oxidation of the ink. The internal pressure pushes the ink outwards towards the ball point. A thixotropic ink is used.

Corresponding NASA server for technical reports, the pen works from -50 to +45 degrees Fahrenheit and withstands atmospheric extremes. It was used both on the Apollo missions and by Soviet cosmonauts.

In 2021, the technology was recognized by the Space Foundation as a innovation Designed for space, which is now improving life on earth and bringing together around 80 other technologies in the organization’s Hall of Fame.

History of the creation of Space Pen

NASA turned to Fisher Pen Company founder Paul Fisher for a pen that didn’t require gravity. Paul had already invented the first universal ink cartridge refill and was working on a sealed cartridge that had pressurized nitrogen on top of a tiny plunger pressed against the ink. But the pressure made the pens leak. Paul knew this ink cartridge might be just right – if he could fix the leaks. With NASA’s interest spurring him on, he finally succeeded when he added resin on the ink to make it “thixotropic” – almost solid until the friction with the ball at the tip of the pen liquefies it. He named the result AG7 for Antigravity and sent several to NASA.

Paul and his son Cary Fisher continued to perfect the technology and design new models, and now the Space Pen line includes around 80 models. The Fisher Pen Company has distributors in 52 countries, but still makes all of their pens in Boulder City, where more than 60 employees make over a million pens annually.

The cost of the original AG7 Space Pen is $ 70 (~ ₹ 5,124) excluding shipping directly from the official Space Pen Store. The space pen is also available on Amazon at $ 60 and more Amazon India for the price of 9,662.