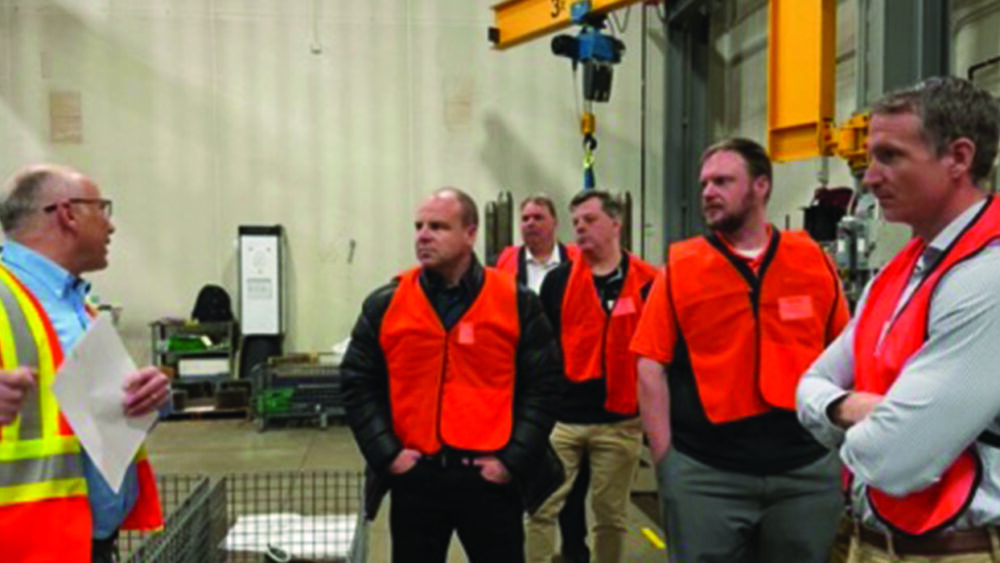 To celebrate Global Reman Day, which took place on April 14, two dozen members of the remanufacturing industry gathered at the ZF Group’s facility in Vernon Hills, Illinois. At the invitation of ZF Reman Engineering Leader Jeffrey Stukenborg, members of the reman industry were introduced to ZF’s wide range of reman capabilities, from transmissions and automotive assemblies to massive wind turbine transmissions.

Global Reman Day was created by the Remanufacturing Industries Council in 2017 to advance the remanufacturing industry through remanufacturer hosted events and workforce development initiatives. Products that can be remanufactured include toner and ink cartridges, but also all types of cars and car parts, industrial machinery, small appliances, medical equipment, production engines, and even airplanes and aviation equipment.

“It was great that our customers and reman organizations visited and toured our Vernon Hills reman operation on Reman Day to raise awareness of how remanufacturing can be a great sustainability tool to protect the environment,” said Stukenborg.

The respective association chairmen introduced their respective associations and the members present. Tricia Judge, Executive Director of the International ITC, introduced the representatives of the Clover Imaging Group and shared some facts about imaging supplies. “More than 375 million cartridges end up in landfills every year. That’s more than 1 million every day. And it’s a shame because 90 percent of every cartridge could be reused through remanufacturing,” she said.

Joe Kripli, President of APRA, said: “Of all components manufactured in the automotive industry, only two percent are remanufactured. If your business plans to become carbon neutral in the near future, you need remanufacturing to achieve that goal.”

According to the ZF Group, it aims to be climate-neutral by 2040. The company is committed to this in many areas. For example, ZF plants in Germany will each be supplied with up to 210 gigawatt hours of green electricity in the years 2022 to 2025 via power purchase agreements concluded in 2021 with producers of wind and solar energy corresponds to the electricity consumption of 72,000 households will reduce CO2 emissions by 80,000 tons annually.

The day’s events were rounded off with a tour of the 27,000 square meter processing plant of the ZF Group. The ZF Group began remanufacturing automotive parts for the Chicago Transit Authority and has grown into a global remanufacturer of heavy industrial equipment, transmissions and other automotive parts and rotor blades for use in wind turbines.

Remanufacturers have an enormous positive impact on the environment. Remanufacturing is defined as an extensive and rigorous industrial process by which a previously sold, leased, used, worn, remanufactured, or non-functional product or part is converted into a like-new, like-new, or better product. Condition as new, both from a quality and performance point of view, through a controlled, reproducible and sustainable process.

A 2012 US International Trade Commission (ITC) report found that remanufacturers support at least 180,000 full-time jobs in the United States. In addition, the ITC report notes that US production of remanufactured goods increased 15 percent from 2009 to 2011 and exports totaled $11.2 billion annually.

Remanufacturing has been recognized by leading universities, research organizations and manufacturers in the United States as being good for the environment due to its ability to divert end-of-life products from landfills.