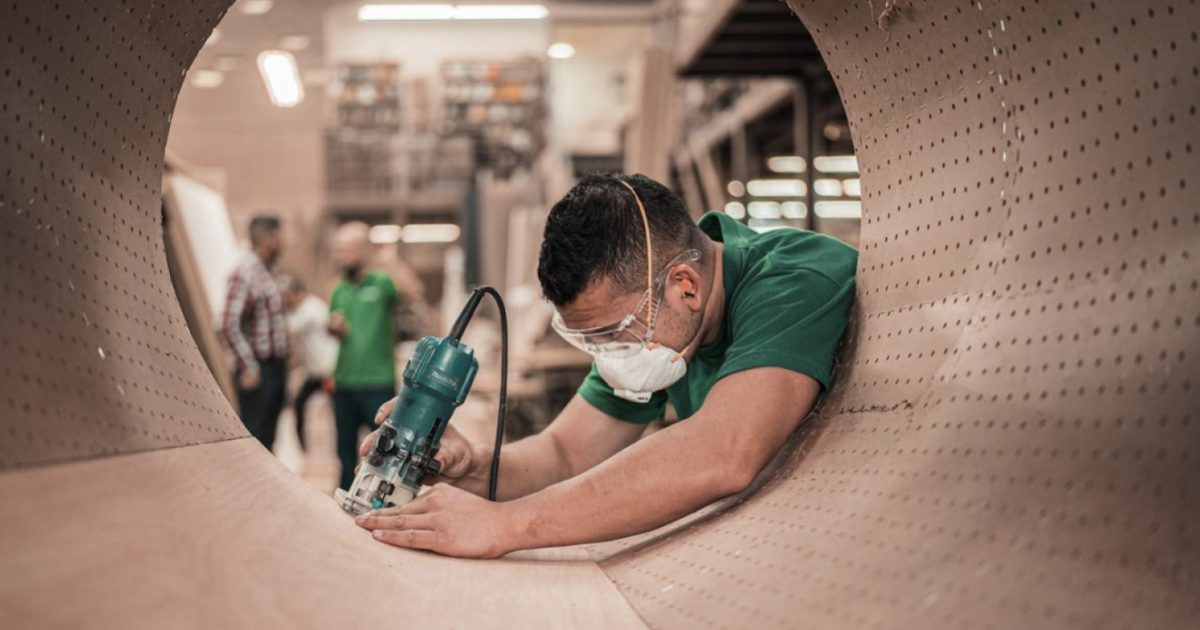 In recent months, policies and initiatives at European and global level have highlighted the potential of remanufacturing as a key model for the circular economy, useful for extending the life of products and maintaining value in the economy.

David Fitzsimons: Traditionally, 90 percent of remanufacturing activities take place in the business-to-business area. Hence, it is an industrial activity that could be described as commercial. But the B2C (business-to-consumer) side is also growing, especially for products such as smartphones. I believe that due to the right to repair movement, there will be a steady increase in consumer goods, the lifespan of which will be extended thanks to both local small repair companies and large industrial factories at national and international level. While in the first case we can speak of remanufacturing as a repair, in the second case we can speak of remanufacturing as â€œreproductionâ€.

Antonella Ilaria Totaro: Which elements have the greatest potential to accelerate the spread of remanufacturing activities?

David Fitzsimons: Robotics and digital technologies have great potential; they could greatly expand the possibilities across the sector. There are great opportunities in the automotive sector, where the WEF is working on the Circular Cars Initiative. The problem is that remanufacturing often only comes into play in the post-sale phase. It is not known that it could make any contribution to the production of new vehicles as well. Should this change, the potential would be enormous. This requires legislative changes and some economic incentives.

Antonella Ilaria Totaro: What changes do you mean in particular?

David Fitzsimons: About the new and upcoming initiative for sustainable products that I’m currently working on in Brussels. There is much to be done at the legislative and political level. We have developed many guidelines in the right direction over the past 20 or 30 years and now it is time to look for better design and longer life for products. The challenge with the European Commission’s current Sustainable Products Initiative is to develop a set of guidelines that will make remanufacturing a profitable business activity. It will take time, but I think we will see a constant transfer of know-how in the sector which is currently worth EUR 30 billion in the EU. That sounds like a lot, but it only accounts for 2 percent of the European economy. That is why we are trying to make the industry more attractive for investments. Political decision-makers also need to be made aware of the need for new incentives to support businesses. The EU and the United Nations are very ambitious in this regard, as the launch of GACERE – Global Alliance on Circular Economy and Resource Efficiency last February showed. GACERE will help to spread the policies developed in the EU and the vocabulary used here beyond the borders of the internal market.

Antonella Ilaria Totaro: What are the most interesting areas for reprocessing?

David Fitzsimons: In terms of absolute value, I would say without a doubt aviation, while the automotive sector is ahead in terms of volume. The third largest sector is arguably defense, the real size of which nobody really knows. This is followed by the area of â€‹â€‹machines and off-road vehicles (e.g. large excavators) and then the B2B ICT equipment. Then there are a number of other sectors as defined in the Remanufacturing Market Study published by the European Remanufacturing Network and funded by Horizon 2020. It is a crucial sector for large companies like Michelin and Volvo and small companies like Hetzel, a leading German family-owned manufacturer of automatic transmissions for car transmissions.

Antonella Ilaria Totaro: which are the most progressive countries?

David Fitzsimons: As for the national leadership, definitely France. French politicians seem well prepared to take risks. Next up are the Netherlands and the Scandinavian countries. As the UK has just left the EU, I expect a policy to this effect this year or next.

90% of remanufacturing activities take place in the business-to-business area.

In terms of the size of the sector, Germany is undoubtedly in the lead, followed by Italy, France and the United Kingdom, which change their ranking depending on the type of product considered. Poland, on the other hand, is a country that we have so far underestimated. However, we have found that a lot of investments are targeting Poland as it is logistically well located to serve all of Europe and has an excellent road network. Some of our members, such as Lexmark with its remanufactured printer cartridges, are very satisfied with the investment in Poland, where many components for avionics and agricultural vehicles are also remanufactured. Outside of Europe, watch out for Canada, whose case was recently investigated by RemanCan.

Antonella Ilaria Totaro: Which elements will the future of reprocessing play out around?

David Fitzsimons: Definitely dates. Right now, I see so much data being lost during the product lifecycle, data that doesn’t reach the manufacturer but that would be vital to extending product life if shared. During the manufacturing process through to the point of sale, all possible techniques are used in order to achieve even the smallest added value, even if the work is often associated with tiny improvement margins. However, once the products are sold, the depreciation in value of the products is catastrophic and the potential to maintain or restore that value over time is enormous. I think anyone who deals with digital technologies in this way will gain a great competitive advantage. I totally disagree with the work McKinsey does on lighthouse factories. The Global Lighthouse Network celebrates the use of digital technologies and Industry 4.0 by only looking at the efficient use of resources in production facilities. It doesn’t ask what happens when the products leave the factory. The entire life cycle is not celebrated, nor is the supply chain. In contrast, I fortunately see that companies value this factor. These include some Italian machine tool manufacturers who want to use robotics, or RecoNext, which aims to use artificial intelligence to sort products that are ready for remanufacturing.

Antonella Ilaria Totaro: Will many jobs be created in the industry in the coming years?

David Fitzsimons: I’ve seen so much speculation about it and don’t believe any of it. The starting point is wrong: we should not be guided by the possibility of new jobs, but above all by the possibility of investment. Investments create jobs that many of us don’t even know about. We could build large factories with lots of machines and very few staff, but the supply chains around them will change and maybe a lot of work will be created in and around them. This is work that we just couldn’t measure. I do not think that it is possible to make concrete predictions in this sense.

Game Boy, GBA and GB color games can be played on PC with GB operator