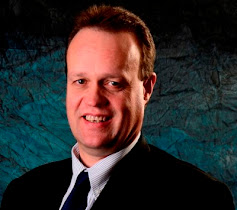 While using non-genuine ink cartridges has the immediate appeal of reducing your business’ printing costs, this practice could cost your business in the long run. I spoke to Bernice Hynard, Manager of Print Solutions, at Tarsus Distribution, and Drikus van der Walt, Business Unit Manager at Print Solutions, about the true cost of using counterfeit, gray or remanufactured print cartridges.

According to Hynard, the trend has escalated recently. “We are seeing so many third-party products coming into the country marketed as cost-effective alternatives to original cartridges. In contrast, costs for OEMs are rising because shipping has become so expensive during the pandemic, leading to a significant increase in the cost of imported items.”

Manufacturers of counterfeit products have seen an attractive business opportunity during the lockdown as more companies have opened stores to sell third-party or remanufactured cartridges since the pandemic began. In fact, manufacturing facilities have been set up specifically to manufacture third-party cartridges for the SADC region.

While the end user may think they are saving money by purchasing these items, in the long run manufacturers will be forced to increase the price of their machines. Hynard explains, “Currently, manufacturers are trying to keep the cost of the device relatively low, relying on the total cost of ownership to make up the difference, which includes consumables. However, we have recently seen some OEMs pushing through significant price increases. Of course, part of this is due to the lack of components, including chips, as well as escalating shipping costs. But the increasing use of non-genuine cartridges by consumers is also contributing to this.”

2. Failure to comply with e-waste legislation

If these cartridges are not disposed of ethically, everyone in the supply chain can be held accountable, which can result in fines and even jail time. New e-waste disposal regulations were added to the National Environmental Waste Act of 2008 and came into effect on November 5 last year, stating that manufacturers and manufacturers are responsible for the disposal of their products at the end of their useful life.

Hynard says, “In this case, e-waste includes consumables, print cartridges and even the packaging. Most counterfeit cartridges end up in landfills because their manufacturers don’t have a proper recycling program.”

OEMs invest heavily in constant research and development to ensure their products are environmentally friendly and also have programs in place to recycle their cartridges. Manufacturers of remanufactured and third-party cartridges don’t do this, so their cartridges typically end up in landfills.

In addition to the poor print quality, non-genuine print cartridges also produce a lower number of pages per cartridge. Van der Walt says: “You get poor quality prints, so you have to reprint pages, which increases your printing costs. In addition, there is a risk of damaging the printer itself by using these cartridges. This drives up your service calls, which also costs your business even more.

These unauthorized cartridges do not meet international standards such as Blue Angel specifications, are not endorsed by printing system manufacturers and may even infringe their patents. He explains: “While they may be compatible with your device, they could pose unknown health hazards since you have no idea what went into the product. Then a very high percentage of clone or compatible cartridges fail immediately.”

Hynard adds, “If the cartridge manufacturer offers some form of guarantee against damage to your printing system, if your device breaks down and you can prove it was their cartridge, who will fix the printer? Often the manufacturer is unclear or offshore.”

As it becomes increasingly difficult to distinguish between counterfeit and genuine cartridges, how can you tell if the item in front of you is a legitimate cartridge?

Van der Walt says: “If you’re buying print cartridges and you’re not sure if they’re OEM or not, some manufacturers have an app that allows you to scan certain markings on the packaging and tell you if it’s is a legitimate product or not. Even if the cartridge costs half the normal price, that is a red flag. You should also check the packaging and examine the cartridge itself. Most manufacturers have OEM packaging verification hints and tips on their websites, some even allow the user to scan the QR code on the packaging to verify authenticity.”

Leading manufacturers have also set up websites where customers can report counterfeit items. Van der Walt says: “OEMs around the world have made great efforts to restrict counterfeit cartridges, although this is difficult to monitor in Africa. We urge people to recycle their print cartridges instead of handing them into the hands of someone who reprocesses them into a lower quality product.”

An interesting development in the fight against unauthorized print cartridges is the ongoing innovation that provides for smarter printing systems that are remotely managed and able to report immediately when a remanufactured cartridge is inserted into a device.

Finally, some manufacturers reserve the right to void a vendor’s dealer status if it is found to be supplying remanufactured or third-party manufactured items. “It’s a pretty serious consequence,” Hynard points out.

“Saving money up front on print cartridge costs just isn’t worth it compared to the negative consequences your business could face in the long run.”

Increasing use in government, commercial and other sectors is driving industry growth around the world – ZNews Africa